‘Our Work is Not Yet Done,’ Says Brittney Nystrom, LIRS Advocacy Director — Stand for Welcome 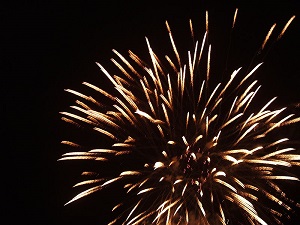 LIRS Advocacy Director Brittney Nystrom gives an account of what happened in 2013 and LIRS advocacy resolutions for 2014.

While the ball dropped on New Year’s Eve, we cannot drop the ball on immigration reform.

Whew, a lot happened in 2013. The Senate passed comprehensive immigration reform in June and despite our advocacy efforts to influence Members of Congress on the urgent need for reform during the August recess and throughout the fall session, the process seemed to stall in the House of Representatives. We rallied in support of positive pieces of legislation introduced in the House, including the Refugee Protection Act of 2013, and against harmful bills like the SAFE Act. During a government shutdown that forced the rescheduling of immigration court hearings across the country and halted the refugee resettlement process, we were able to extend a critical lifeline for Iraqi and Afghan interpreters for U.S. troops abroad. We fasted for reform along with other faith leaders, activists, DREAMers and even some Members of Congress.

With the New Year beginning, it is critical to recognize that our work is not yet done. We made it halfway there in 2013 and now is the time to prepare for the final push in 2014.

Here are some of our New Year’s Resolutions:

2014 will mark our 75th year of walking alongside migrants and refugees to brighter futures. Thank you for all your work to stand for welcome with us for those who are beginning not only a new year in the United States, but also new lives.