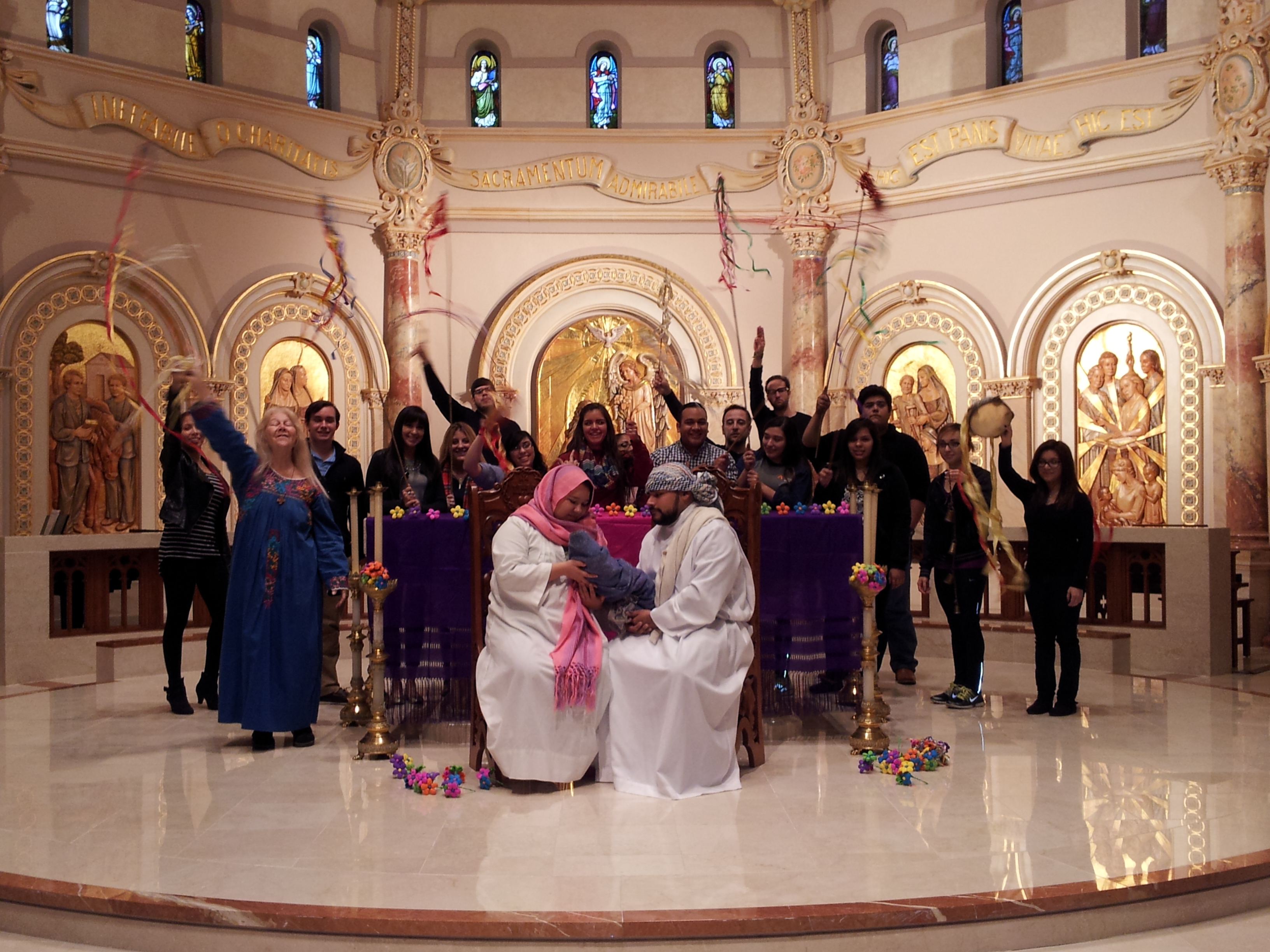 This year, we witnessed a stark increase in the number of detained families. Thousands are currently housed in two facilities, and thousands more are expected to be detained. Nearly all of the detained families have suffered emotional or physical abuse, and the average age of detained children is only six. To give hope to these families, LIRS has launched a Hope for the Holidays card-writing campaign. Our goal is to send a card to each of the 1,700 women and children detained this Christmas. Thanks to your compassion and support, we are almost at our goal! As of today, we have received 1,301 cards. Please send your cards in by December 9th, so they can arrive at detention centers by Christmas.

Today, I’m pleased to share a guest post by Sister Martha Ann Kirk, who organized a card-writing event at the University of the Incarnate Word in Texas. In this guest blog post, she writes of the event, and how immigration detention today is reminiscent of internment camps from WWII.

University of the Incarnate Word students in the “Arts for Christian Worship” class and “Spirituality and Prayer” class created and hosted “El Santo Niño, Prayer for Immigrants and the Vulnerable with Card Writing to Those in Detention.” The students dramatized Mary and Joseph, remembering that they had been refugees fleeing violence. The students spoke as migrants who had fled from Mexico and Central America. The service took place in the Chapel of the Incarnate Word Sisters, a congregation which has had members and ministries in Peru, Guatemala, Ireland, Mexico, the US, and Zambia. Some of the Sisters attending had ministered in Peru and witnessed how many parents, desperate for income to support their children, went north to find work and were not able to be with their children.

José Rubén De León, a graduate of the university, shared from his new album Villancicos, Christmas Carols from Latin America and Spain. The carol “El Santo Nino” from Puerto Rico says, “Mother standing at our doorway is a baby boy so lovely. He is cold and weeping sadly, and his clothes are very ragged. Then the mother bade him welcome to the fire so bright and glowing. As he warmed himself she asked him in what country he was reigning. ‘My father is in heaven and my mother lives there too. My life on earth is given for the sake of you.’”

Inspired by the project “Hope for the Holidays” initiated by Lutheran Immigration and Refugee Service, the students had cards and card making supplies so that people could put their prayer into action by writing cards to families in detention.

The card writing is continuing with residents of the retirement center, The Village at Incarnate Word. One of the residents, Sister Consuelo Urrutia, wrote to Sister Martha Ann Kirk who was leading the classes working on the prayer service and card writing:

Sister, thanks for keeping us informed of ways we can be present to people who need our help especially at this BLESSED TIME SO MEANINGFUL for us Incarnate Word Sisters. I think the idea of sending Christmas Cards to people who are in prison is so meaningful. It reminds me of WWII when my Dad would take us to the Camp in Kenedy, Texas, in Karnes County, to visit the Germans and Japanese who were in prison just because we were at War with them, even though some were American citizens. Some Germans were friends of my Father. What we did at the time was take fruit and vegetables and take a list of what they needed for the following visit.

Matthew 25 reminds us “I was in prison and you visited me.” Perhaps we can at least send a card.

Click here to learn more about Hope for the Holidays. Remember, the deadline is December 9th! Please send your cards to LIRS at 700 Light Street, Baltimore, MD, 21230.