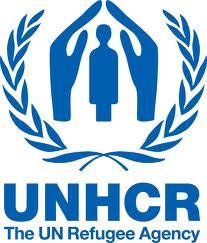 According to the United Nations, there are four times as many refugees this winter as there were last year. As temperatures drop, the UN and its partners are providing thermal blankets, stoves, fuel, plastic tarps, and assorted winter clothing and footwear to protect this much larger group of refugees from the weather.

As the UN hurries to prepare refugees for the colder weather, diplomats have made progress negotiating peace talks between President Bashir Assad’s government and the rebel forces. A date has been set for talks between the two sides; on January 22, they are expected to gather in what will be their first face-to-face meeting. As exciting as it is that headway is being made towards holding negotiations between the government and opposition, violence in Syria still shows no signs of slowing.

In other news, two additional cases of polio were recently identified in Syria, bringing the total number of cases to 17. The disparate locations of these cases across the country confirm health workers’ fears that circulation of the virus is widespread.

As these difficulties go on, I’d like to bring attention to concerns of violence against women and girls in Syrian refugee camps and how organizations are working to reduce cases of gender-based violence.

The UN has noted how the Syrian conflict has caused traditional societal structures to break down, leading some refugee families to turn more frequently to early marriages and others to turn to domestic violence. In fact, a report found that more than half of all Syrian refugee women were married as children. To prevent both early marriages and domestic violence, the UN is working with partners to provide medical care, psychological support, protection, and legal support to survivors of gender-based violence.

There are now 31 women’s safe spaces in refugee camps in Jordan, Iraq, and Turkey. Moreover, the UN established a Task Force on Forced and Early Marriage in response to the risk of forced marriage among Syria’s refugees.

In this time of crisis, please take action by writing to your representative and asking them to support welcome for refugees. You can find out more about the United Nations High Commissioner for Refugees (UNHCR) and their work with Syrian refugees here.