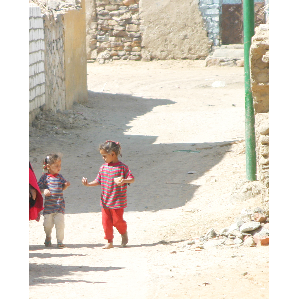 Syrians have now been fleeing persecution and violence for 1034 days. Today, I’d like to let you know about Days Away From Home, a project that documents the stories of these days and the women, men, and children who live through them.

Abed is one young Syrian who is interviewed in a short video. Since the beginning of the crisis, he has dedicated himself to supporting refugees. Abed says that one of the most “heartbreaking” cases he has encountered is a boy with thalassemia, a blood disorder which results in anemia and other complications. This specific boy needs a blood transfusion every three weeks. While the conflict severely hinders the treatment of this young boy, Abed sees the wider destruction it causes on the entire generation. “This is a whole generation,” he says. “What will happen to them in five or six years if the situation lasts? Until when will it last?”

I’d like to thank Batoota Films for bringing attention to these stories and the struggles of Syrian refugees, but also their hope, courage, and determination.

If this moves you, take action through LIRS’s Action Center and encourage your representative to speak up for welcoming policies for refugees.