Thanks, ELCA Churchwide Assembly, for the Memorials and Actions Supporting Immigration Reform! 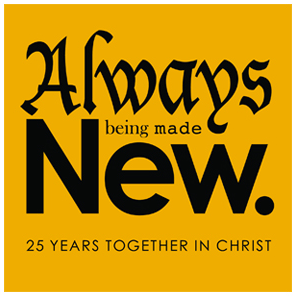 I was lucky to be among the more than 1,000 people who took part in the biennial assembly of the Evangelical Lutheran Church in America (ELCA), which was held Aug. 12-17 in Pittsburgh. I’m incredibly grateful for the many actions and statements made there in support of comprehensive immigration reform!

I’m especially thankful to Presiding Bishop Mark Hanson for his forceful declaration that “Now is the time to pass comprehensive immigration reform.”

Amid all the ecclesiastical, worship, and voting activity at the ELCA Churchwide Assembly, the passion for following God’s work of caring for the sojourner in our midst, work Lutherans first organized to do in 1939,  still shines clear and true. The ELCA has remained committed to serving migrants and refugees with and through LIRS.  Many of the denomination’s 4 million members, including fast-growing numbers of immigrant members, are deeply committed to newcomer ministries and justice through their congregations.

The delegates elected a new Presiding Bishop, Rev. Elizabeth Eaton, and voted on many actions to advance the denomination’s mission of “God’s Work. Our Hands.” in the United States and around the world.

On behalf of LIRS, I want to congratulate Presiding Bishop Eaton. We look forward to working with her as we stand with immigrants and refugees. We’re also very grateful to outgoing Presiding Bishop Mark Hanson for his courageous leadership and commitment to protecting “the stranger among us,” including new Americans and vulnerable migrants.

Five strong “memorials” (ELCA resolutions), each directly related to the work of LIRS, were approved overwhelmingly by the delegates. These included votes of support for an action related to immigration detention, and action recommitting the church to pressing for comprehensive immigration reform. Delegates also gave nearly unanimous support to memorials calling on the ELCA to celebrate LIRS’s 75th anniversary and Refugee Sunday; and for a new social statement, The Church and Criminal Justice:  Hearing the Cries, which  includes a section on immigration detention that LIRS helped to shape.

I was there for the exciting moment when delegates put their words into action with a text message campaign organized by LIRS. They signed a virtual petition supporting immigration reform that will be delivered to Members of Congress that reads:

We, the undersigned clergy and laypeople gathered at the Evangelical Lutheran Church in America 2013 Churchwide Assembly, urge the U.S. Congress to enact comprehensive immigration reform legislation that establishes a fair and humane immigration system consistent with our faith values including family unity, justice, and compassion for the sojourner in our midst.

I was also part of another action, an immigration reform prayer vigil gathered nearly 40 bishops, pastors, and other assembly-goers. The vigil was hosted by LIRS and the Bishops’ Immigration Ready Bench. I’m very grateful to local Pittsburgh pastor and long-time newcomer advocate Rev. Linda Theophilus for coordinating the vigil. Prayer is powerful and not to be undervalued as we press for fair and humane immigration reform.

It was also great that LIRS and Lutheran World Relief (LWR) hosted a joint reception Wednesday evening, and on Thursday evening, ELCA churchwide departments hosted a reception highlighting the work of LIRS, LWR, and Lutheran Services in America. I’m grateful to everyone who made those events a success!

This feels like a good moment to mention one last thing: LIRS, working in partnership with the Interfaith Immigration Coalition, is inviting congregations across the nation to sign up and participate in an interfaith “40 Days of Fasting, Prayer and Action for Immigration Reform.”

The campaign runs Sept. 8-Oct. 18. Information can be found at the “40 Days Fast Action for Immigration Reform” website.

Once again, I’m grateful for all the memorials and actions at the ELCA Churchwide Assembly! Thank you to everyone!