The Mural Bringing Us Together as #OneBaltimore – Through Courageous Eyes | LIRS
URGENT: Immigrant children and families affected by Hurricane Ian need your support! Donate now.
Skip to content

The Mural Bringing Us Together as #OneBaltimore – Through Courageous Eyes

This blog series usually features the creative work of migrant and refugee artists. However, the underlying hope is to share stories of courage and to support the work of building just and welcoming communities. As a Baltimore-based organization, we’d like to highlight the struggles that our own community has recently gone through to become more just and welcoming. Today, we feature a street artist and his mural, which represents the courageous activists who are working and have worked to make America equal for all. 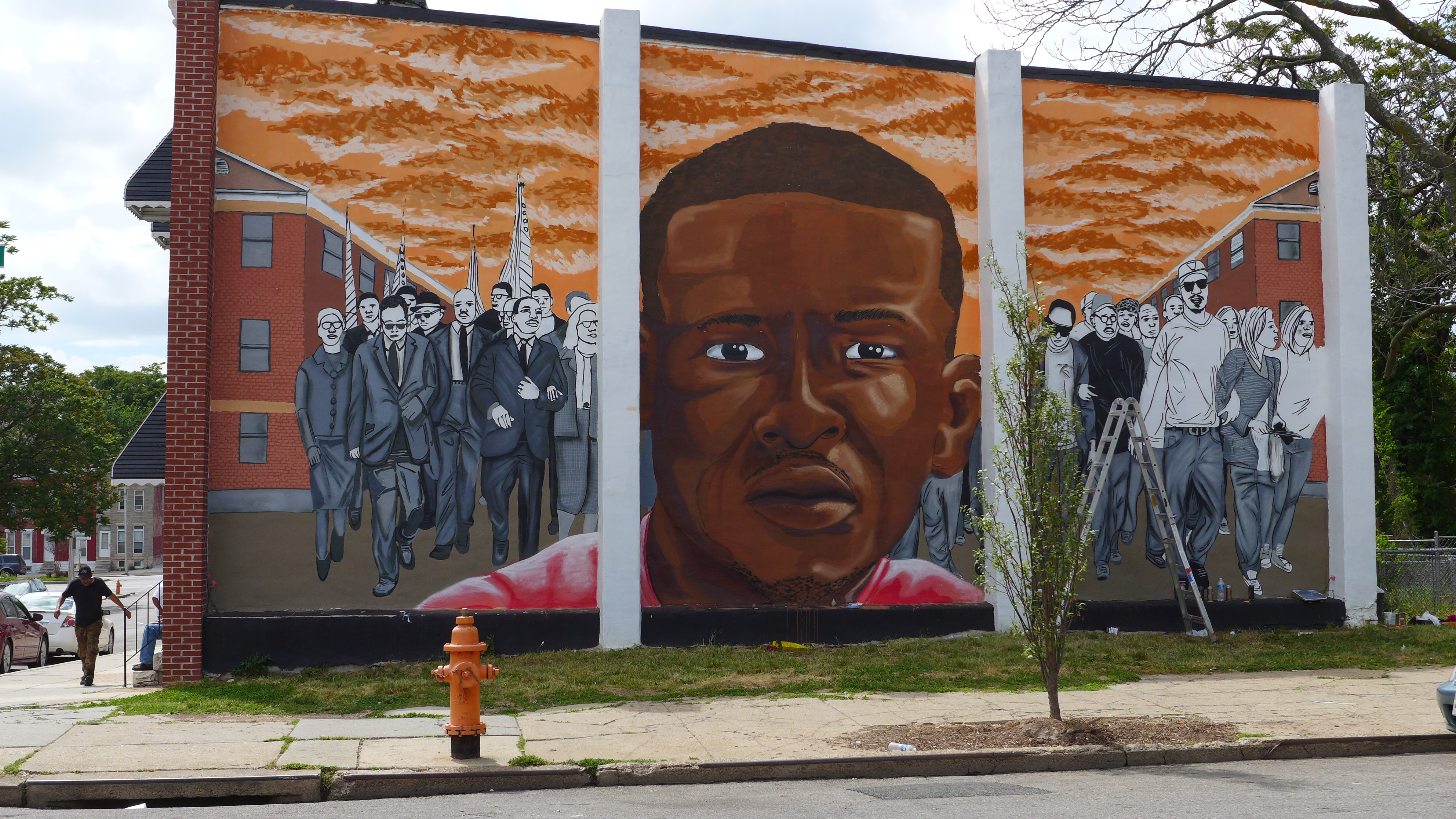 Last week I visited the intersection where a Baltimore-based street artist known as Nether is working on a mural in memory of Freddie Gray, the young man who was injured and died in police custody last month. Alongside neighbors and others who came to see the mural, I watched Nether work on various details in the painting – touching up Gray’s chin and shading the historical faces. 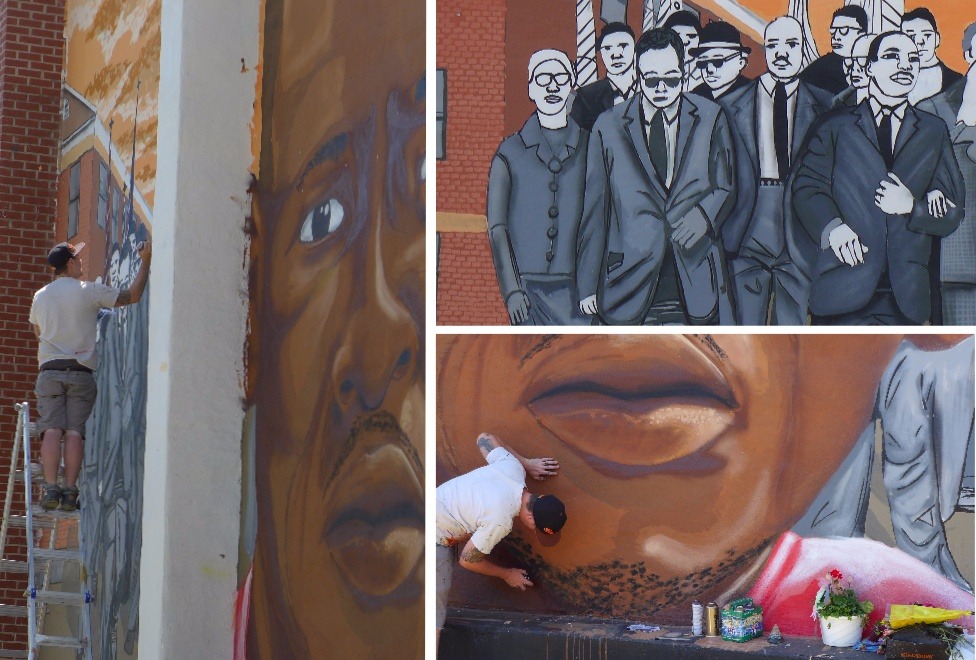 Originally, the people in the mural were going to be in black and white, but Nether said he painted Grey’s face in color because he “wanted Freddie to stand out.” The portrait, with slightly furrowed brow and probing eyes, certainly stands out.

In person, the mural is considerable, taking up the entire side of a two-story row home at the intersection of N Mount Street and Presbury Street. Nether chose the location because it is where Freddie Gray was arrested on April 12th. 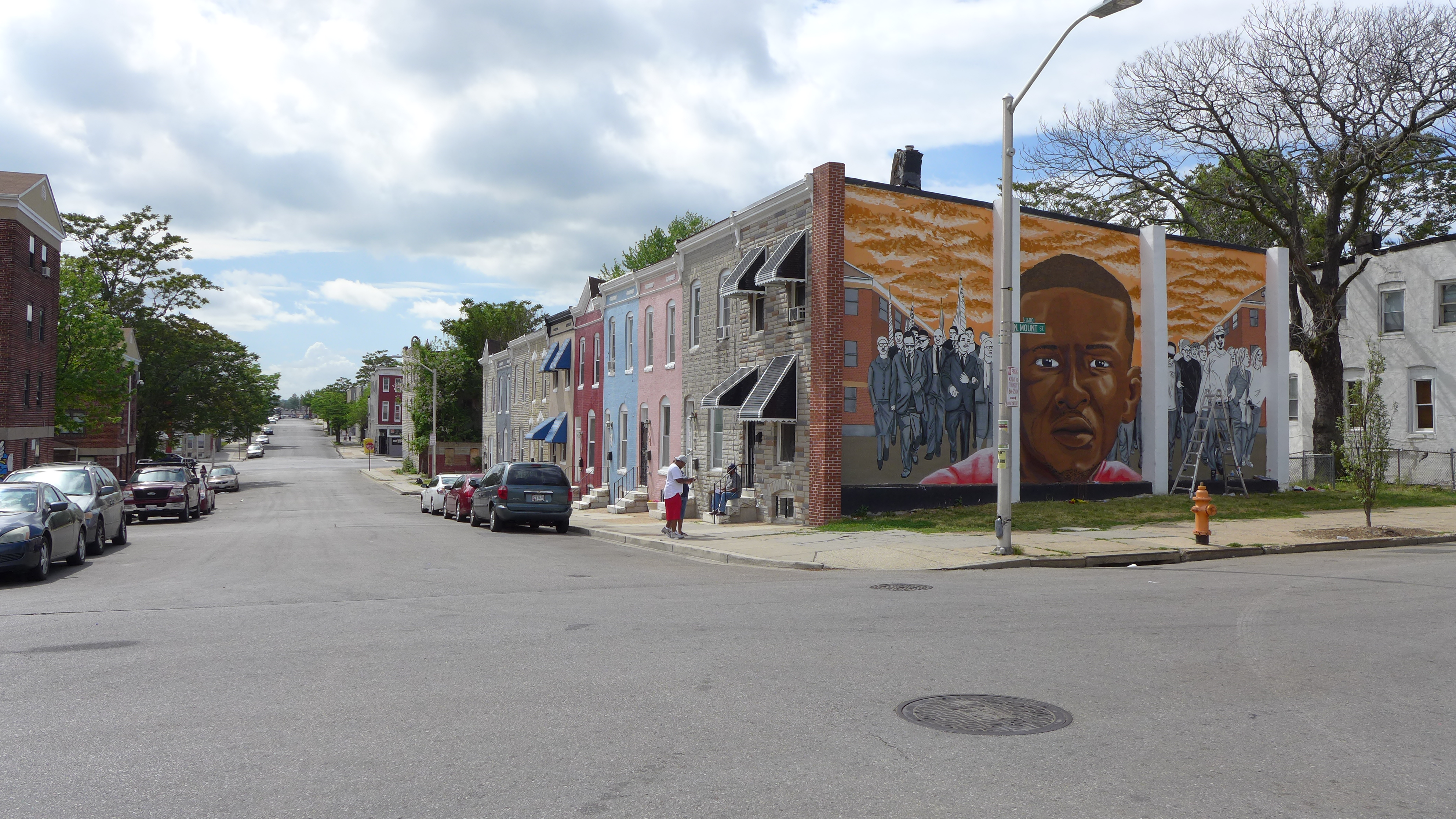 The mural has three sections, the portrait of Freddie Gray in the center, flanked by marching protestors on either side. Historical figures on the left include Rev. Dr. Martin Luther King Jr. and others who were at the Selma voting rights march during the civil rights movement of the 1960s, according to the artist. On the section to the right of Freddie Gray, Nether said, are his family and friends.

One woman using her phone to take a photo remarked on how “realistic and thoughtful” the mural was. Others left flowers, balloons, and even a flag at the intersection and below the painted mural. 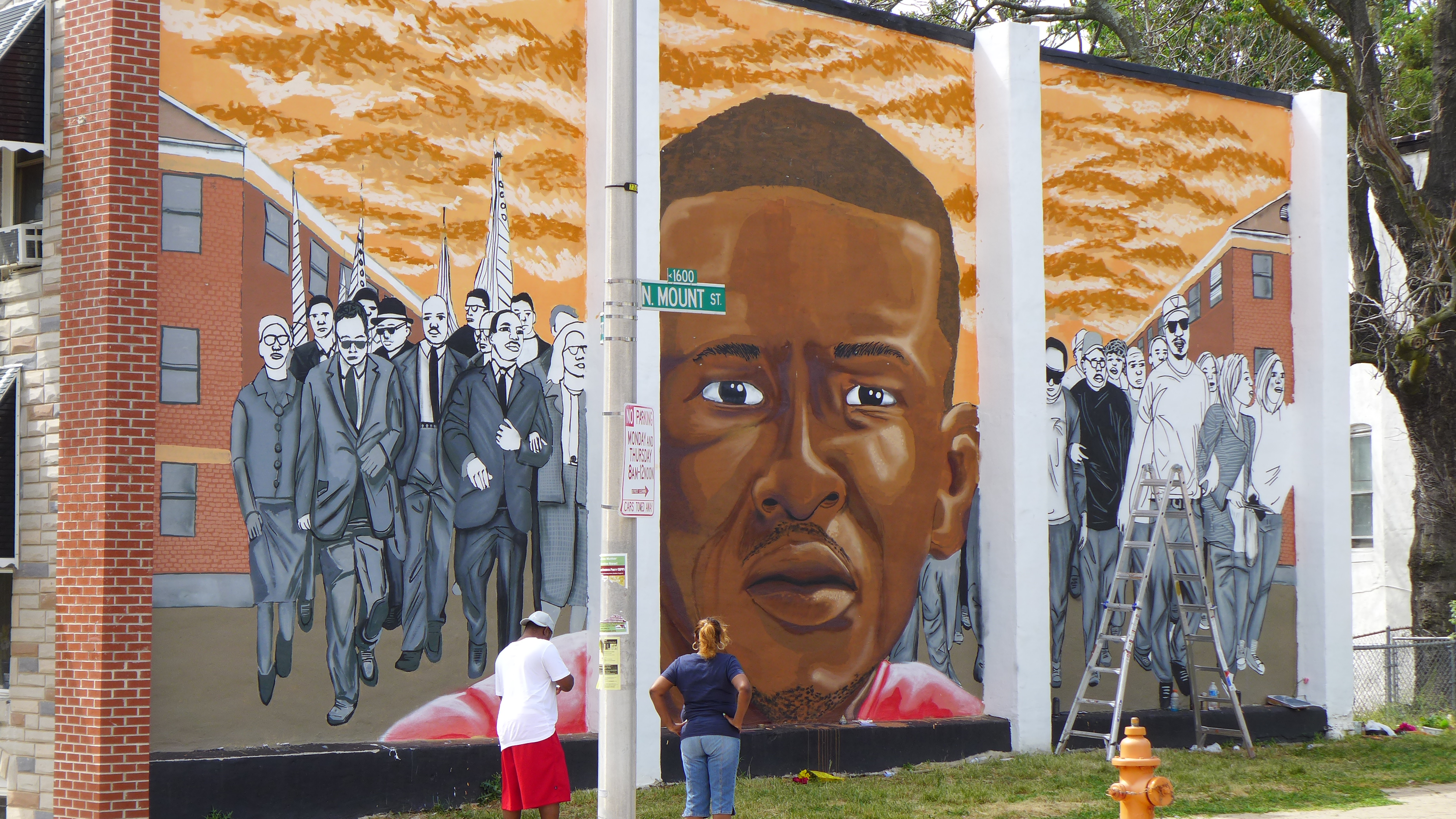 The project has brought together various people of the community. I met a neighbor who shared her appreciation of the mural with me and gave Nether food and water while he worked. A photo on the artist’s Instagram page shows a boy holding a paint roller who helped out one afternoon.

On his Instagram page, Nether says his work on the mural, “has been one of the realest experiences of my life” and thanks the local community for their support of the project.