Your voice, President Obama and the State of the Union — Stand for Welcome | LIRS Skip to content

Your voice, President Obama and the State of the Union — Stand for Welcome 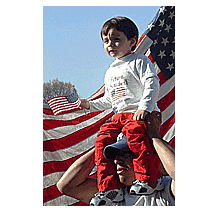 Last night President Barack Obama called on Congress to “fix our broken immigration system” in his State of the Union address. The President highlighted your efforts noting that faith leaders, among others, have steadfastly called for immigration reform. His words were heard by reform advocates and DREAMERs in attendance as special guests and by millions watching on television.

The President’s remarks did not dwell on specifics, but recognized that it’s up to the House of Representatives to take the next steps towards reforming our immigration laws.

With hope we note that Speaker Boehner’s office is expected to unveil principles to guide the process of immigration reform in the House of Representatives as early as this week. As the House prepares to deliberate about how America welcomes migrants and refugees, we must continue to remind its members how our families, communities, and congregations are affected by immigration laws that lack compassion.

The President’s plea was direct- “let’s get immigration reform done this year.” We stand with him in believing that America is defined by its belief in opportunity for all.

You can act to support efforts for fair and just reforms to our immigration system in 2014. Thank President Obama for his commitment to compassionate reform and contact your representative in the House through the LIRS Action Center. Members of Congress can also be reached by calling the Capitol Switchboard at (202) 224-3121.