This Mother’s Day, Stand With Mothers and Children in Detention 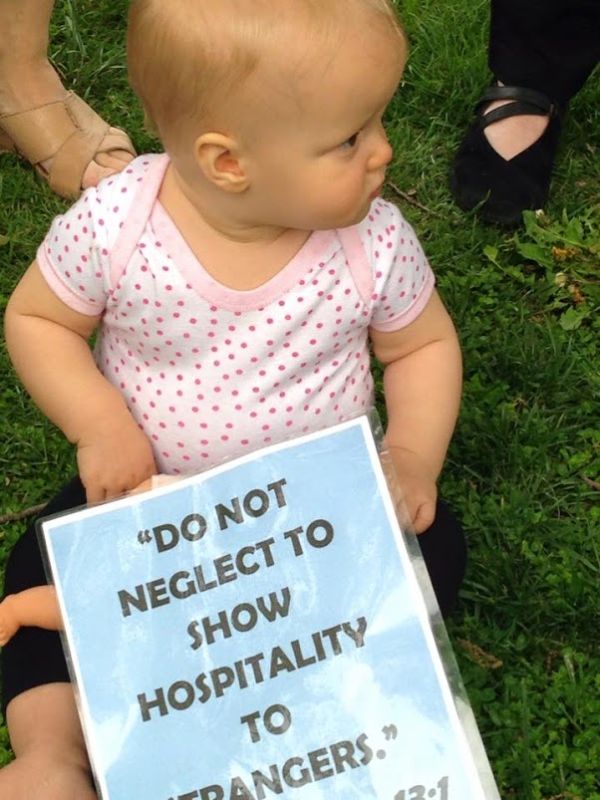 This Mother’s Day, hundreds of mothers who fled Central America with their children will spend the day locked in a family detention facility in the United States.

In the past year our nation’s capacity for detaining mothers and children in jail-like facilities has grown exponentially. Despite the harm caused by detaining children and trauma survivors, some mothers and children have now been held for several months. For example, Melida and her 4-year old daughter Estrella have been held in the Karnes family detention facility for 8 months, almost 20% of Estrella’s entire life.

While the inhumane practice of family detention continues, the momentum to end it grows as well. Last month, hundreds of people of faith delved further into this issue and urged their Members of Congress to end the practice during Ecumenical Advocacy Days. And lawmakers are listening.

Senators are now publicly questioning the practice of detaining mothers and children. In the Senate Judiciary Committee last week, Senators Franken (D-MN) and Blumenthal (D-CT) asked DHS Secretary Jeh Johnson about the inhumanity and expense of this practice. In a separate hearing, Senator Shaheen (D-RI) questioned Sec. Johnson about issues including the recent hunger strike at the Karnes, TX facility. Sec. Johnson responded that he is “constantly evaluating” the policy, a welcome change from his previous statements.

Additionally, courts are increasingly ruling against the practice of family detention. The U.S. District Court for the District of Columbia ruled that these families cannot be detained to deter other families from coming to the United States. A judge in California is expected to rule soon that the detention of children in family facilities in Texas violates an existing settlement agreement governing children in government custody.

It’s clear the momentum to end family detention is growing. Hundreds of people gathered at the facilities in Dilley, Texas and Berks, Pennsylvania on Saturday to protest. People of faith gathered on the same day outside the White House. To continue this momentum, we need your voice. Here are a few ways you can strengthen the movement:

Do not forget to show hospitality to strangers, for by so doing some people have shown hospitality to angels without knowing it. Continue to remember those in prison as if you were together with them in prison, and those who are mistreated as if you yourselves were suffering.

Let us take this admonition to heart now.

Thank you for remembering the families in detention this Mother’s Day. Together we can deliver their freedom.