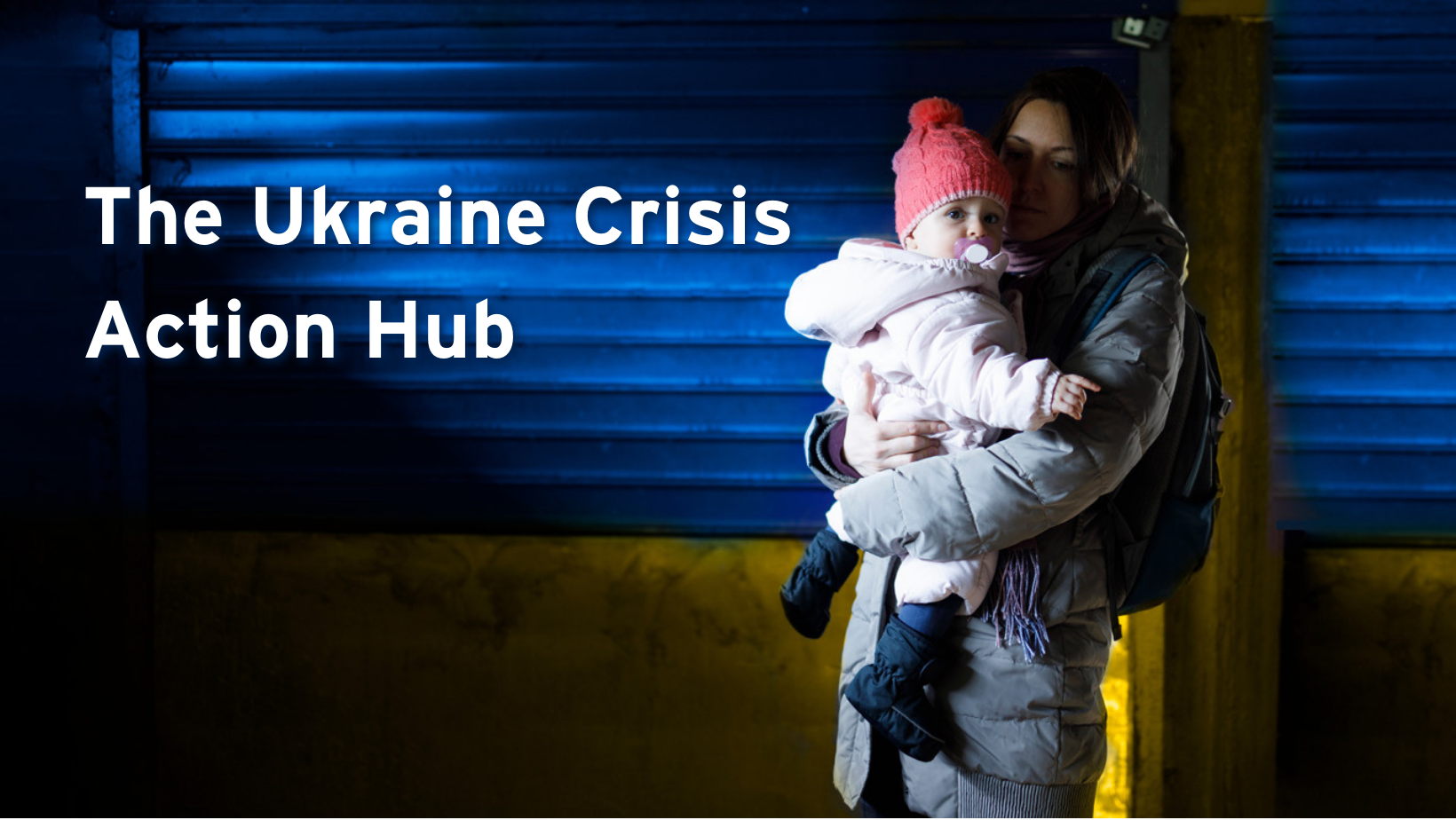 HOW TO HELP UKRAINIAN REFUGEES

President Biden has announced that the United States will welcome 100,000 Ukrainians and others seeking safety after being forced to flee their country following Russia’s attack on Ukraine. Since the invasion more than three months ago, more than 6.8 million people have fled Ukraine as refugees, and another 8 million are internally displaced.

Lutheran Immigration and Refugee Service stands in solidarity with our Ukrainian neighbors and is dedicated to supporting Ukrainian refugees and immigrants however possible.

Learn more below about how you can help Ukrainian refugees in the United States and beyond below.

As our newest Ukrainian neighbors begin to arrive, LIRS is calling on communities to join us in the work of welcome — providing the support, compassion, and community our friends need to rebuild their lives here in the United States. You can answer the call to help Ukrainian refugees by signing up to volunteer.

We expect volunteer opportunities and needs to continue for months, even years. By adding your name to our list, you will be informed if/when volunteer opportunities are available near you. As the situation develops, we will keep volunteers informed of the most pressing needs, such as airport pick-ups, apartment set ups, transportation, and other critical services. We appreciate your patience as our staff on the ground trains and match volunteers.

Stand Up, Speak Up!

As we prepare to receive our new Ukrainian neighbors, we want to make sure that our country at all levels is ready to welcome. Stand Up, Speak Up brings together interfaith communities across the country to lift a unified voice to welcome and advocate for immigrants and refugees coming to the United States. Our goal is to focus less on the differences that can separate us—our faith backgrounds, ethnicities, and countries of origin—and demonstrate that our commonalities—compassion, love, and humanity—are what unify us.

Learn how to host your own interfaith vigil for our Ukrainian neighbors and learn more about other ways you can take action.

The crisis in Ukraine has forced millions of refugees to flee from their homes. At LIRS, we stand ready to welcome refugee children and families to the United States. Your gift to Neighbors in Need: Ukraine will help provide essential support for newly arrived families, including emergency medical care, temporary housing, financial support for basic necessities, and more.

With pressure, the Biden administration has now taken the following steps in response to the crisis in Ukraine:

While LIRS commends these steps forward to protect refugees of the Ukrainian crisis, we urge you to join us in calling on the administration to prioritize applying new and innovative models to quickly rebuild the refugee program intended to serve refugees that Ukrainians and all in need of protection may benefit. The U.S. must lead by example in using refugee resettlement to the fullest extent possible.

After sending a message to the administration, join us in calling on Congress to:

This Ukrainian supplemental will provide further resources for countries receiving Ukrainian refugees in Eastern Europe and will support the delivery of essential services, including food and health care services, to vulnerable groups still in the conflict zone in Ukraine.

More than 1,000 of you joined LIRS in five days of prayer and meditation leading to Ash Wednesday. You can continue keeping Ukraine in your thoughts with the guiding prayers below.

Access all the prayers and meditations in the downloadable resource below, “Solidarity with Ukraine: A Prayer and Meditation Guide.”

A Prayer of Christian Faith for Ukraine

Love and Peace,
We pray for all people whose lives are in peril in Ukraine.

We pray for the vision to see and the faith to believe
in a world emancipated from violence.

Heal the wounds of mind, body and spirit that will occur due to the violence in our world.

Help us to devote ourselves to the task of making peace in our own neighborhoods and around the world.  No one is hidden from your love.

Help us be home to others.

Help us manifest your love and peace to the world.

How To Sponsor Ukrainian Refugees

On April 21, the Biden administration announced Uniting for Ukraine, the new plan for welcoming 100,000 Ukrainians to the United States.

What is Uniting for Ukraine?

According to the Department of Homeland Security, Uniting for Ukraine is “a streamlined process for Ukrainian citizens who have been displaced by Russia’s aggression to apply for humanitarian parole in the United States.”

To qualify for the program, Ukrainians must have a sponsor in the United States—an individual or organization that officially agrees to take on financial responsibility for the individual or family.

Who can be a supporter/sponsor?

Individuals in the U.S. who are interested in becoming a supporter must be in lawful status in the United States or a parolee or beneficiary of deferred action or Deferred Enforced Departure (DED) and willing and able to receive, maintain, and support the beneficiary listed in the Supporter Declaration Form I-134.

What does it mean to be a sponsor or supporter for a Ukrainian family?

Sponsors must apply and be approved by the Department of Homeland Security. It’s important to note that sponsorship is a major commitment. Sponsors are responsible for financially supporting the Ukrainian neighbors they welcome and assisting them in integrating into the community.

Sponsors must commit to financially supporting individuals and families for the duration of their parole status (up to two years). Learn more on the official Uniting for Ukraine site.

What is humanitarian parole?

Humanitarian parole is an emergency provision that allows people in desperate need of safety to enter the United States without a visa. It is a temporary program that grants residency for 1-2 years and does not offer a pathway to citizenship.

While those who enter the U.S. through humanitarian parole are not typically eligible for the traditional benefits of the refugee resettlement system, including federally funded case management and employment services, a supplemental passed by Congress will allow newly arrived Ukrainians to be eligible for these benefits.

Who qualifies for humanitarian parole?

Ukraine citizens and their eligible immediate family members who are outside of the U.S.

I have family or friends in Ukraine. How do I sign up?

If you/your group have done your research and are ready to make the full financial commitment of sponsorship, you can begin the process by visiting the USCIS Uniting for Ukraine page.

I don’t know anyone in Ukraine, but I want to help. What can I do?

If you are interested in becoming a sponsor, please visit the USCIS Uniting for Ukraine page.

LIRS offers many other ways to support our Ukrainian neighbors, including financial support, advocacy, volunteer opportunities, and Stand Up, Speak Up, our annual interfaith mobilization program supporting refugees and immigrants. See more on this Action Hub!

I am Ukrainian and am looking for a sponsor. What do I do?

What is LIRS doing to help?

The LIRS network has already welcomed hundreds of Ukrainians in need of immediate support, and we anticipate that those needs will only grow as the 20,000 Ukrainians admitted through humanitarian parole at our southern border begin to settle into their new communities.

We need your support to continue to build and bolster our existing programs to better serve Ukrainians, including Neighbors in Need, Welcome Centers, our mental health program, and New American Cities.

How many refugees have fled Ukraine?

The humanitarian situation is dire, with senseless and sickening bombings of residential buildings and maternity wards, and cities still full of civilians left with no food or water. Often, families have been separated, with men staying to defend their country and women fleeing with their children.

Will Ukrainian refugees come to the United States?

On March 24, the White House announced that the United States would welcome 100,000 Ukrainians and others fleeing Russian aggression. LIRS welcomes this announcement is awaiting additional details of the new and existing programs that will be used to help children and families who are fleeing violence and hoping to find safety in the United States.

LIRS has welcomed one-quarter of all Ukrainian refugees resettled in the US over the last decade. We are preparing to help newly arriving families with essential support, including emergency medical care, temporary housing, financial support for basic necessities, and more.

How can I help Ukrainian refugees?

We encourage you to use this page to…

How can I sponsor Ukrainian refugees?

If you are interested in how to sponsor Ukrainian refugees, you should know that the Biden administration announced a new parole program, dubbed Uniting for Ukraine, to expedite the acceptance of displaced Ukrainians as part of its commitment to welcome up to 100,000 Ukrainians seeking safety.

Any U.S. citizen or individual, including representatives of non-government organizations, can sponsor Ukrainian applicants, who will be eligible to reside in the U.S. for up to two years. Please see our FAQ above, or visit the official Uniting for Ukraine website for more details.

We stand in solidarity with our neighbors in Ukraine and pray for peace, healing, and resolution. Please feel free to repost and share a message of support with our Ukrainian neighbors using #StandWithUkraine: 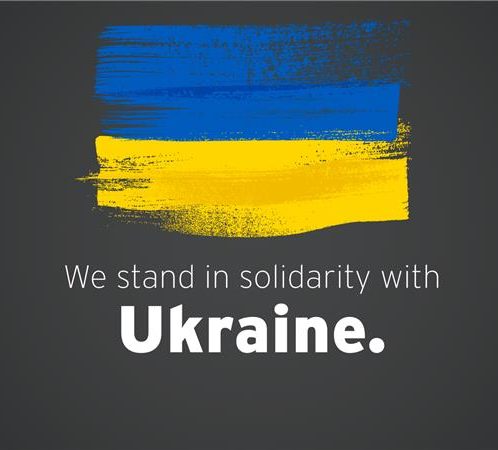 Krish O’Mara Vignarajah, President and CEO of Lutheran Immigration and Refugee Service, joins MSNBC’s Katy Tur Reports to discuss the latest developments and how the United States can help Ukrainian refugees who have been forced from their homeland.