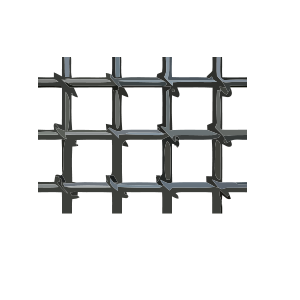 It’s important to me that this blog lift up the voices of many people, especially immigrants and refugees and everyone who stands shoulder-to-shoulder with them. Today, I’d like to share a heartfelt description of what it’s like to visit immigrants in detention. It was written by Laura Griffin, Project Coordinator for LIRS’s Community Conversations initiative. It’s a particularly important story because of the way in which it shows the key roles of our friends and allies at El Refugio and Lutheran Social Services of Georgia.

We’ve all experienced that awkward situation in which you are supposed to be meeting someone, but you don’t know what they look like. That is just what I was doing — only I wasn’t on a blind date. Instead I was staring at five strangers dressed in orange jumpsuits on the other side of thick glass.

While on vacation in Atlanta a few weeks ago, I came across to the opportunity to volunteer with an immigration detention visitation program. Like many Lutherans who volunteer with LIRS’s network of visitation ministries around the county, I was there to accompany and provide friendship to people being held in detention while they wait for their immigration cases to be decided.

For this, my first visit to a detention facility, I was guided by the wonderful visitation program run by El Refugio and Lutheran Social Services of Georgia.  Through a partnership between those two organizations, everything was very intentionally arranged, from the orientation during the three-hour car ride to the deliberate matching of visitors to detainees.

So here I am, standing in Stewart Detention Facility in Lumpkin, Georgia, uncomfortably shifting back and forth. One of the detainees, a man around the age of my father, smiles warmly at me. And this is Michael. I sit down across from him relieved.

It starts out clumsily. I begin talking to him before I remember that I have to pick up the phone for him to hear me through the Plexiglas wall. Funny thing about detention centers, no one is there to be punished, but the facilities are practically, and half the time literally, prisons. This takes on new meaning for me as I notice that the glass wall is keeping the woman next to me from holding hands with her husband.

Afterwards, someone asked what surprised me most about visiting a detention center. My answer? That it was fun. Not the part that involved walking though barbed wire gates, or watching the steady flow of families bringing in clothing for those about to be deported. But rather the time I spent joking and talking about the election with Michael.

I was laughing so much that the visitation hour flew by. Afterwards, the mood changed abruptly. I suddenly realized that a woman with me in the visiting room was sobbing. And that while I was going home, Michael wasn’t. He would remain imprisoned in one of the worst immigration detention facilities in America, infamous for its abuses and substandard conditions.

Like most Americans, I both love my country and am at times overwhelmed by a sense that we are on the wrong track. There are a few issues that have the power to knock the breath out of me. Immigration detention, and the way that it unnecessarily deprives people of their liberty and dignity, would be on the top of my list.

The idea that makes this all so painful is that in many cases we are unnecessarily denying liberty.  Fifteen years ago, Michael may not have been detained at all, and chances are he doesn’t need to be today. There are alternatives to detention —  alternatives that are cheaper, effective, and most importantly, more humane.

There is hope. We at LIRS are advocating for change in Washington, D.C., and we’re working to make sure people get what they need. We ask you to join us by taking action, learning the facts, and my new favorite, living out your compassion by visiting someone in detention today.

I’m grateful to El Refugio and Lutheran Social Services both for giving me this opportunity, and for guiding, encouraging, and teaching me along the way. Their compassion and deep commitment to accompaniment is heartwarming, especially in contrast to the painfully dehumanizing detention system they address.